My Views On Postmodernism 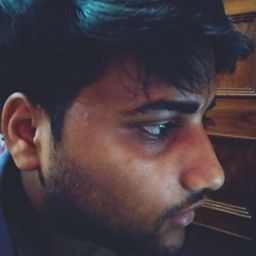 Exactly right. As a society, we've spent the last few generations chipping away at the concept of morality - the very idea that there is an absolute, universal, transcendent order of right and wrong - and we only return to this concept come election time.

Of course, at election time we really aren't interested in knocking these people down for morality's sake, but to knock the other team down a peg or two.

Maybe it's time to do away with with this thoroughly postmodern attitude that morality isn't real, truth is flexible, and what one does in his private life is completely meaningless. Perhaps it's time to remember that in a democracy, where people are free, they must use their freedom to do good and right, or that freedom will fade back into tyranny and corruption.

One's private moral conduct does matter as a serious reflection of his or her true character. Criminality, corruption, and abuse of power are problems of a defective culture that cannot be solved by grabbing the pitchforks and torching your political opponents every once in a while. These problems run deep through all institutions from Washington to Hollywood.

Maybe it's time to do away with with this thoroughly postmodern attitude that morality isn't real, truth is flexible, and what one does in his private life is completely meaningless.

What's interesting to me about this is that it sounds great on a philosophical level, at least on the surface. But at the end of the day every individual must believe that their own morals, values, and truths define who they are, and are therefore objectively the most "right."

Now you have every individual versus the world.

I think we're starting to see the breakdown of postmodernism as a concept because of the internet-based society we live in today. Individuals spend so much time trying to force their own, personal, and "right," morals on everyone else because postmodernism says they can't be wrong, and the internet makes it easy. They live their private lives beholden to no one and nothing, fighting everyone, trying to defend their own version of "right." Because of the internet, our private lives are no longer really all that private. I think postmodernism is sort of dependent on a certain level of privacy, because if everyone else can see through you, then they can judge your character based on their own, different, "right" morals.

I don't see how that could ever be sustainable in the long run for any sort of society. How can you ever expect to get along with someone else if you have to go around thinking everyone else's morals are more wrong than your own? If there were an objective truth, then everyone is at least moving in the same direction, but with postmodernism, you can't improve yourself, because you're already "right." And if everyone else is a worse person than you by your own definition, then what's the incentive to live in a functioning society with them?

Unfortunately, I think we're going to see postmodernism play out the bitter end before anyone really changes. It's so ingrained in western society at this point that most people aren't even aware of it. The only way to beat it is for people to admit the very fabric of their being is wrong, which will never happen.

Quotes That Inspire Me!

Living Life To The Full