Raksha Bandhan... 'not' Just A Festival Of Rakhi And Gifts 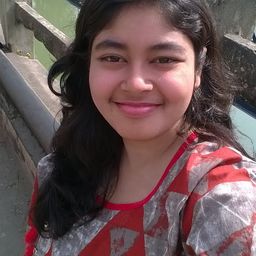 It's a festival which every sister in India awaits the entire year. Its the day when they celebrate their adorable relationship with their brothers. The brothers come, tie Rakhi, gift chocolates, money and sweets to their sisters, and return back to work. And the sisters wait… again… for one complete year.

Well, I am not saying that this is the norm, but it is precisely the case with most of us. Sometimes, we even tie Rakhi to our neighbours and friends. They call us sisters for the next few days, and then again go back to their old self. Again, this is not the norm, but definitely the most prevelant.

But, the point is, most of us do not actually follow the true assence of ‘Raksha Bandhan’. Raksha Bandhan, as the name suggests, is not only about Rakhi and gifts. It is about an oath. An oath that the brother takes, or better say, gifts, to his sister. An oath that he will always protect her, through any means, throughout her life. That oath, somewhere today, is not that relevant as Rakhis and gifts, and its quite unfortunate, to me at least.

Raksha Bandhan has quite a long history in our Indian traditions. Some believe that it is one of the oldest festivals in our country. While it is true that it did exist in some form or the other even before Mahabharata, it is certainly confirmed that it gained tremendous popularity post Mahabharata. Do you know why? Because that ‘OATH’ mattered!

Once upon a time, Lord Krishna was casually travelling with Draupadi by the sea shores. Accidentally, his finger got cut by a sharp object and started bleeding heavily. Draupadi saw that and rushed to his rescue. The bleeding needed to be stopped, and the finger needed to be bandaged. But, there were no clothes available. So, Draupadi teared a small part of her saari, and bandaged Krishna’s finger with it.

Do you know what happened to that ‘silk cloth’? That silk cloth saved Draupadi from Duryodhana. During the game of dice, when the Kauravas tried to remove her clothes, Krishna had sent the silk cloth back to her. This saved her respect that night. Most importantly, Krishna kept his promise. He returned the favour in the most appropriate manner.

That ‘oath’ saved a women from getting darkened forever. And this incident gave rise to ‘Raksha Bandhan’ - a bond of protection between a brother and a sister.

Unfortunate that it is no longer Relevant!

Taday, we are going through a terrible time. There is not a single day when there are no rape cases in India. Every day, a woman is being tortured. Every day, a girl has to go through living hell.

But then, think about it this way. Most of the girls who suffer, also have brothers. But where are they? When their sisters, who tied them rakhis, are tortured, do they care to come and protect them? Well many brothers do, but many others don't. Nowadays, it is there ‘Choice’, not ‘Compulsion’.

Celebrate if you Care!

There is a very famous song on Rakhi whose lyrics says

Translation - My dear brother, do not take this ribbon as just a simple piece of silk, my love for you resides inside this silk.

It's my personal opinion, so please don't take it personally. I would ask my brother one question before tying him the Rakhi - ‘Do you care?’. Brothers often think that gifting chocolate boxes is their biggest responsibility on Rakhi. They must remember that their one oath can give a better gift of ‘security’ to their sisters. So, this Rakhi, celebrate the festival honestly, if you genuinely care for your sister!