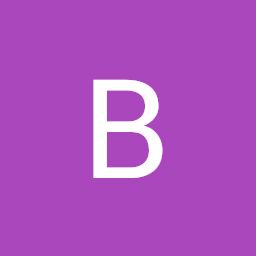 Padmanabhaswamy Temple is located in Thiruvananthapuram,Kerala,India. It is believed to be one of the most famous and mysterious temple of India. India was referred as “Bird of Gold”,well truth of this temple actually proves that. This temple has the architecture of Kovil or Tamil Style. This temple was in news for a long time because of its deep dark secrets. It consist of Lord Vishnu’s Idol in "Anantha Shayanam" posture, the eternal yogic sleep on the serpent “Adiseshan” or on the Cobras. The name of this temple was given on the name of its tutelary deity Sree Padmanabhaswamy, the Vishnu God. Padmanabhaswamy temple is one of the oldest temple and it is depicted in many mythological books. It is recorded during the Sangam period of Literature between 500 BC and 300 A. D. The temple has some strict principles for the visitors. People following Hinduism are only allowed to enter into the temple and only in traditional wear; like women have to wear saree and men have to wear white dhoti. Evenly inside the temple photography and videography is strictly prohibited. Being a famous temple of Vishnu God it attracts tourists a lot, but which attracts most is the hidden treasures of the temple which is hidden on the basement of the temple just under the idol of Vishnu God. Many researchers believe that there is so much of treasures that it can change the economic condition of India. And for that reason it remains in front of media.

On June 2011, Investigating Bureau Agent Mr. M. Subramanian filed a report in Kerala Supreme Court. In that report he stated about hidden treasures of the temple should be strictly taken under Government. After that on 30th June 2011, a judgement was passed by the Supreme court where a team of 7 people was formed who were asked to go in the basement and look out the treasure. Earlier, many people hunted the basement for treasure and resulted with the report that the basement has six vaults named Vault A,B,C,D,E, and F; and within it treasures were hidden. Later on July 2011 during the inspection two more vault G and H were found. As CBI started their work they opened theC, G, H and F. All these vaults were enclosed with locked system which was broken, when these vaults were opened. The vaults were covered with darkness and an unusual smell which was due to its enclosure for a long period. When CBI workers entered in the vaults they found huge amount of golden jewellery, utensils made of gold which were used in earlier days, golden thread clothes, a 7 foot golden necklace. Even they got a bag which was full of golden coins of different countries, rubies, sapphires and even diamonds. It took full three years to count the actual amount of the gold found from that place. After three years Council state that the amount of gold found from that place was more than 1000 kilograms from each vaults. And its price in present would be more than 3 lakhs crores. But we all know gold which are from ancient era is not calculated on the price of gold in modern era but on the its age and the number of times it is used in past. On being calculated it comes nearly more that 12 lakhs crore. Still CBI researchers were not completed with their work because few more vaults were not yet opened. When they started their work again they opened vault D, E , and A. After opening vault D and E, CBI workers went for opening vault B. But it seems very difficult to open it. So they opened vault A. And from these vaults also they found huge amount of gold which was preserved there for long years. The mystery of Padmanabhaswamy Temple did not stopped there, real secret of the Temple lies in the Vault B. After trying a lot vault B cannot be opened. Firstly, Vault B was locked with Iron door after that a wooden door appears which on opening one more Iron door appears which does not look like an ordinary door. The last iron door was not locked it looks like a door which was closed with certain mantras by well known saints and it has iron depiction of two Cobra snakes facing towards each other.

After a lot of work CBI researchers can not be able to open it, when they asked about the door from the Brahmins of the temple, they told that the Vault was locked by “Ashtanga Bandh Mantras” which no body knows and it can be opened only by the saint who is deity of Vishnu God by chanting “Graud Mantras.” Well people who believed in science will not definitely believe on the “mantras ”, thus the researchers tried different processes but all failed. With a great heart of disappointment they returned back. But later on the CBI researchers said that they returned from that place for two reasons. And the reasons are while they were trying to open Vault B they heard the sound of flowing water inside the Vault which made them to think that if they opened the Vault it might have happened that the whole temple will shrink under water because no one knows that what was inside that Vault and the second reason they gave have something to be thought about. They told while they were trying hard to open the vault they came to know about the book named “Travancore:A guidebook for the visitors” by Emily Gilchriest Hatch. According to that in 1931 few people in hunt of ancient treasure tried to open Vault B, and they were half successful in opening that Vault. But immediately after opening the vault,a huge number of poisonous snakes came out of that vault. And the people have to leave that place immediately, but the story didn't end there. People who opened the vault has said that even after leaving Kerala, they faced snakes for whole life. Well this is really not believable but even that door has some relation with snakes because of the iron structured snakes placed on the door has some hidden message for the people who wanted to open the door. And in some mythological books it is also believed that in earlier days there were no lockers, banks and security guards who will protect the Gold and Cash from thieves. The King to protect their property used to make certain doors and fill them with their property and snakes who will protect it from robbery. Thus the book by Mrs.Hatch shows some reality check and this reason made researchers to stop their work immediately. Researchers believe that may be inside the Vault B there is something which is better if left unturned because that vault may contain some ancient experimental things which may on opening after so long years can affect health of people. Even some ideologists connected this vault with mythology, they said that according to mythology earlier there are certain devices that has the power to destroy whole world like “Brahmastra.” And such devices can not be destructed in anyways, thus God and Goddesses hidden those devices inside that vault. So that it can never go into the wrong hands and can never harm the people or the world. And even few local people say that in that vault some more precious things are hidden.Though these are all assumptions, in reality what is there inside the room no one knows.

Now,if we dig the history of Padmanabhaswamy Temple then we will get the actual secret of this place and some real facts of Vault B. Nearly about 400 years ago in 18th century the Travancore Empire was founded by Anizham Thirunal Marthanda Varma when he used to have nothing which can be called as kingly wears but with his ruling power he captured many areas near Travancore and compiled them together into a Business state. And for which people from different places started to visit Travancore with heavy gold and other priceless gemstone to buy dry fruits, ayurvedic medicines and Indian spices. And within few years Raja Marthanda Varma was able to collect so much of treasures, that he started fear to how to keep them from the eyes of robbers. As he was a worshipper of Vishnu God, it is said that during that time Lord Vishnu came in his dreams and gave him the way to safeguard his treasure. In the year 1750, Raja Marthanda Varma left his kingship and rule to his successor and became deity of Lord Vishnu and even it is said that he promised Lord that all his successors will follow the tradition and will provide their duty towards Lord and will submit all treasure in the “Garbhagriha”or in basement inside the vault and during that period he planned for the construction of the Padmanabhaswamy Temple. First of all, the treasure he had with him during that time, he hid them under the basement or under the soil inside the eight different vaults and then the construction of the temple was started on it. And after the construction of temple exactly right above the basement he placed the idol of Lord Vishnu. Still now successors of Raja Marthanda Varma are showering their services towards Lord Vishnu and it is said that they will continue it till all his successors submitted all their treasures in those vaults. Thus those vaults are filled with so much of Gold,that can change the financial condition of our country. As this temple has so much of gold in it now that the duty of the temple has fully went into hands of Government.

In 2004, Kerala, Tamil Nadu and Andaman Island faced flood but flooded water never even touched the Padmanabhaswamy Temple though it is only 4 kilometer away from the sea.Recent updates says that in 2018, researchers once again tried to open the iron door of vault B now by chanting mantras but they failed once again. The 13th successor of Travancore Empire and even other local people opposed the researchers and Government to take any kind of step to solve the mystery of the Padmanabhaswamy Temple and opening of Vault B. There are few things in this world which are better if they are not disturbed because too much interest to know something which is a secret for a long time can harm oneself.

5 Works That Prove That Ancient Indians Are Better Engineers!