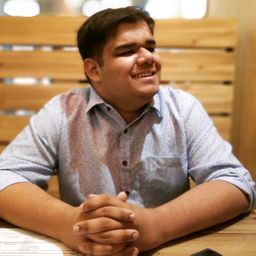 A wonderful act indeed...next up we have Kevin Roberts

Kevin: (to the event coordinator) I can't do this...please cancel this act... Plea..

(Kevin was pushed to the stage by the event coordinator)

(Kevin was sweating... His heart was beating at the speed of light and was trembing with fear)

Kevin: (in a squeaky voice) Hey...guys (clears throat) So today I am going to present a small dance routine that I prepared as to pay an ode to the great legend Michael Jackson... so without wasting much time lets begin...or lets dance (clears throat) music!

*The Song "Just Beat it" plays*

(The first few moments Kevin dances very uncomfortably. His body language depicts his fear and the audience is also not sure what to do)

(Kevin looks at his mom and gets a bit of confidence, now he starts to groove a bit better and actually starts to enjoy himself. The audience also starts chearing for him and he starts to feel more accepted)

(The whole audience gasps and starts booing. Kevin breaks down on the stage...for him his life was over... He runs out of the auditorium)

(Kevin's mom goes after him shouting for him to stop)

(At home immediately after)

Kevin: (sobbing) Its all over mama...now who would talk to me...I am a looser now... Why does this happen to me all the time

Kevin's mom: Its okay son...it's okay to fall..thats how you rise up

Kevin: falling?!?!?! On the stage...that was not fall that was an epic fail. My life is over...now I am the new school dud who fell down on the stage and made a mockery out of himself (sobs more)

Kevin's mom: Alright, I did not want to do this but I guess I have to... Son you better man up!! You cannot sob like this for everything and anything...Mom I lost this...Mom I am Looser...Mom Mom Mom Mom wam wam wam...all day all night you just going on and on...You lost because in your mind son...you had already lost... You had already given up...Mom I am not gonna make...mom they are much better mom this mom that. You were doing great Kevin and the audience was enjoying your act...you fell...so what...everyone does...now if I were at your position I would have pushed myself up and restart as if nothing had happened...thats true courage...not a thing that a Weasle like you would know off. I will support you Kevin...I always have...but for that you gotta get yourself up and complete the performance...after that come and talk to me.

( Kevin did not eat the whole night, he was up all night, sitting still...he did not speak much but his eyes were saying it all)

Kevin's Mom: What? Kevin has called me to his school...oh my god...what has this boy done again

Martha: (Kevin's mom's friend at the workplace) Well he might be a weasle Samantha but he is you weasle...go and check him out...

(Kevin's mom reaches the school and to the assembly hall)

Kevin was on the stage

Its not important whether Kevin danced well or not, He gave it a second chance that's what is.

What To Say When You Talk To Yourself?