Top 10 Interesting Movies You Should Watch 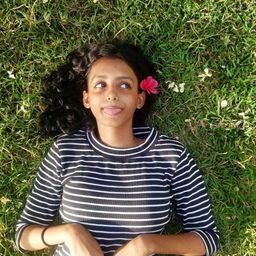 The one thing common among all of these mind-bending movies is that it’s definitely worth watching. The story is going to linger in your mind for a long time after you watch and it will make you think beyond.

Here's 10 great movies you should add to your queue soon:

A writer is working on her new novel and the life of a man surprisingly goes exactly by her words. He starts to hear a voice narrating his story but is not able to talk to it. To him it seems like every prediction by this strange voice comes true. The voice further narrates his imminent death which obviously makes him look for a way to stop this from actually happening.

This comedy-drama film has an unusual story which definitely makes it more interesting and fun.

This movie is an adventure about two passengers who wake up mid-way on their journey to another planet to start a new life when they were supposed to be in hibernation. They discover that there are malfunctions in the spaceship and everyone’s lives are at stake and they try to save it.

A different and thoughtful story, you could say.

A science fiction action film describing the story of a man who steals information from people’s dreams. He is wanted for his wife’s murder and the only way he can get away is by performing something impossible: an inception.

This movie pushes the boundaries of the mind, being very clever and original.

A biographical drama based on the life of a Nobel Laureate in Economics who encounters a disorder. This extraordinary movie depicts the struggles of this genius and how he eventually sets himself free.

A movie based on someone in the academic field is rare yet, has a very beautiful story always.

A realistic and complicated story where two young engineers accidentally create something that they believe, is a time machine. One of them creates a version to transport humans to put the time machine to test.

As they further experiment, they experience strange consequences. Confusing, yet worth it.

6) Eternal sunshine of the spotless mind

After a huge fight over their relationship, Clementine decided to go through a memory erasure procedure which would help her forget Joel. On hearing about this, Joel decides to undertake the same procedure. Little did they know, that they were about to start all over again.

The movie is a love story in reverse, or you could call it, a twisted romance. One of the best to make you go weak in the heart.

This movie is from the future where Earth slowly becomes uninhabitable and a group of researchers with an ex NASA pilot, are sent on an exploration to find a new planet to live in.

Overall, it is a mind-blowing movie with great visuals.

A young boy who sees dead people and a child psychologist completely unprepared for what’s to come, this movie has one of the best twisted ends and is going to keep you thinking for hours.

An intense thriller with World War 2-like scenes; the story is based on an asylum on a remote island which has a missing patient. Two US Marshalls are sent on an investigation and what they further discover is something shocking.

The story is just remarkable.

When 11 year old Riley moves to San Francisco from Minnesota, her five personified emotions take her on an emotional rollercoaster while in her mind’s ‘headquarters’. You may think of it as a movie just for kids, but this animated comedy-adventure can be enjoyed by people of all ages and is completely mind boggling.