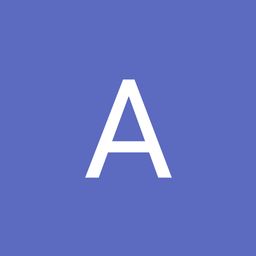 Origin and Meaning Of “OM”

“OM” or “Aum” is eternal. It’s a Sanskrit word first noticed in the Upanishads. A-U-M comprises four elements A, U, M and the silence between the audible words.

Om is related to the spirituality of all Indian Dharma Religions like Hinduism, Buddhism, Jainism, Sikhism. Om is referred to as the “Seed mantra” or “Bija mantra” before any sacred mantra OM is chanted. OM is also referred to as the “Pranava” meaning it is that positive energy existing in all pranas on the mother earth.

According to Katha Upanishads OM is primordial, omnipresent and omnipotent, as all the other sounds and living beings have become apparent from it. OM’s existence is vast, imperishable and beyond our imagination.

Om the Sound of the Universe

Aum has its grand presence in the cosmic world. According to Mundaka Upanishad, It is believed that before the existence of the solar system, pacha bhut tatwa i.e the soil, air, water, fire, space were existing in the form of an atom. All of a sudden there was a big bang and OM was the dhwani produced from it. Then the whole process of creation came into existence.

The Yajurveda 40/11 says “OM KHAM BRAHMA”, meaning OM is itself the almighty “Param Brahma”.Thus, OM is the dhwani of creation and life’s sustenance. This shabh OM is present in all living beings. A person who is not able to speak can also pronounce three words AH, HMM, MMM.

OM is also referred to as the particle of God or “God Particle”. This theory is known as the Higgs Boson, named after two scientists Peter Higgs and JC Bose. God particle is smaller as compared to an atom. It is responsible for the creation of life. CERN (European Council for Nuclear Research) is doing the research on this particle.

Om the key to Meditation

We often experience problems in focussing on things, getting unproductive thoughts, losing your confidence then meditation can be an aid for you. We often get thoughts of their past and regrets some of their actions. So does happen when we think of our future and fear it.

When we get engrossed in these thoughts of our future and past we forget to live in our present.

Meditation can help you to be focused and stay in our present. I help in self-realization. Meditation is a process of detouring your inner self and realizing your existence.

Om the path to the spiritualization

OM shabh is the word of god. Chanting this word with concentration and faith in God can give you inner peace. It can make you realize that you are living in a materialistic world where our demands and greed can never end. You will struggle to get your inner peace and self-satisfaction. But once you enter the world of spiritualization you can free yourself from your seven enemies Pride, Envy, Greed, Hatred, Laziness, Selfishness, and Injustice. Thus you can attain inner peace.

Om the creator of positive vibration around us

If you have a busy schedule and don’t have time to meditate then no issues, mere listening to the Om chanting can give you some positive vibes. It can also drive away all the negative energy surrounding your home.

If you have a good and positive mind then it is for sure you will get a healthy body. When we chant om with proper breathing techniques, then the oxygen supply in our whole body is improved so good oxygen circulation means good heart, good immunity and a good mood.

How to Chant OM?

Sit on the mat with your legs folded or you can also sit on a chair.

Your back should be straight and upright

Keep your hands on your knees with your thumb touching your index finger. This completes your body circuit.

Take a long bread and chant Om and then realise your breadth. Practice this for as many times as convenient to you. But the more you practice, the more perfection you attain

Productive Lifestyles And 5 Ways To Build One