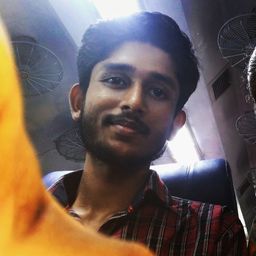 Can man be raped ?

Not Everyone knows the answer of this question but the answer is yes 'Men can be raped'. From centuries Rape has been seen as a crime which is committed by men on women but in the recent times we have seen men being victim of the crime which is considered to be done by them only. In USA one out of every 33 male is either raped or attempted to rape, in UK 12,000 men are raped or attempted to rape per year and in India rape of males doesnot have any records but child sexual abuse survey of 2007 shows us a different story. According to the survey 57.3% of boys are victim of child sexual abuse whereas 42.7% are girls.

Rape of males is a real thing, we need to see it as a crime and provide justice to the victims. The biggest problem with rape of males is that out of all the cases 99% of the cases are not reported and in India there are no rules against rape of males which means if anyone commits the crime of rape against a male then also he can easily roam around without any fear of Indian judiciary. Following are some reasons why men don’t report cases :-

Men’s are undoubtedly less in number as compare to females but we cannot deny the fact that men can be also victims of sexual assaults. Being a taboo, people avoid to talk about it in public and due to this the victims are not comfortable to speak about their sufferings publicly.

Fear that people won’t believe them

Not everyone knows about it and neither everyone believe rape as a crime committed against men. This mentality leads to people not believing on the victim and thus victim stop sharing about his nightmare in public.

Mens are seen as a strong figure and getting rape by any other male or female is seen as a doubt on their sexuality.

The support we have shown with the #metoo campaign is commendable but still we have never seen such a huge support for any male rape victim. Lack of social support makes the victim lonely and depressed.

If you have seen the film 'Badrinath ki dulhania' then you might remember the scene of attempt of rape on Varun. Everyone in the theatre laughed on that scene but what if Varun was replaced by Alia in the scene ?

Men being a rape victim is always seen in a funny perceptive, many famous comedians have been seen making fun of male rape victims during their stand ups and the common people in the society always see men’s problem as a funny thing whether the problem is related to impotency or rape, majority of the time it is seen as joke to laugh on.

Male rape victims undergoes severe case of depression and lonliness due to which they doubt on their sexuality and asks themselve questions like Why me ?, I'm I a gay ?, Why I was not able to stop him ?Rape of male is a real thing and we need to show case our support to the victims as well as we should stand with them and lead them to justice. After #metoo I think it’s time for #mentoo