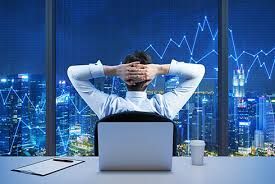 Plastic bucket suppliers tend to sell plastic buckets made of polypropylene due to its numerous advantages such as it being highly recyclable, easy to fix when broken and the fact that it is an in expansible material. These buckets are used in various industries such as the medical industry, the construction industry as well as the food and beverage industry.

What plastic buckets are used for

Plastic buckets are of great use to have around the house because they can be used to fix many things or to save money on other products. By just doing it yourself and going to local plastic bucket suppliers you can make bird houses, chicken feeders, or even some furniture peace’s if you have a child by just gluing a circular cushion to the top of a bucket and just like that you have a seat. With the drought in Cape Town people came up with many other unique ideas such as a drip irrigation system or an outdoor self-made aquatic system for fishes or add use to a grey water system.

Plastic bucket suppliers are something you should think about when moving into a new house because they provide endless functionality and are a useful tool to have around the house. Going to local bucket suppliers might save you some money and time.

Uses Of Timber In The Housing And Construction Industry

5 Bucket-List Trips You Have To Take In Your Lifetime