A Brief History Of Melancholy 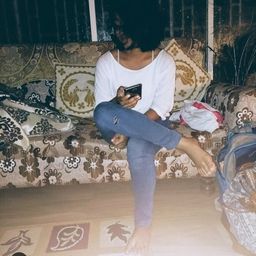 Sadness is part of the human experience, but for many centuries there has been a vast disagreement for exactly what it is and what, if anything, to do about it. In simpler terms, sadness is often thought of a reaction to difficult situations. You feel sad when a friend moves away or when a pet dies. When a friend says, “I’m sad”, you often respond by asking “what happened?”

This shows that we have a preconceived notion that sadness is only caused by an external force/cause. This assumption, by the way, is a relatively new idea. Ancient Greek doctors did not feel that sadness was caused that way. They believed that we humans harbour a dark fluid in the body that causes sadness. According to their humoral (hormonal) system, they believed that our bodies and soul were controlled by 4 fluids/4 humors present inside us. This is the humor that was believed to cause sadness. Hence the term ‘Melancholy’, originated from Ancient Greek, actually means Black bile.

Even though we now know so much about the human bodies, these Greek ideas resonate with the current views of not on the sadness we all occasionally feel but on clinical depression.

There is also a long tradition of attempting to discern the value of sadness. And in that discussion, you will find a strong argument that sadness is not only an inevitable part of life but an essential one. If you’ve never felt melancholy, then you’ve missed out on the part of what it actually feels like to be human. Many thinkers contempt that melancholy is necessary for gaining wisdom. In fact, the romantic poets of the early 19thcentury believed that melancholy helped us to deeply understand more profound emotions such as beauty and joy.

But wisdom and emotional intelligence seems pretty high on the hierarchy of needs. Does sadness have value on a more basic, tangible or maybe even on a more evolutionary level? Scientists think that crying and feeling withdrawn is what originally helped our ancestors secure social bonds and helped them get the support they needed. Sadness, as opposed to anger or violence, was an expression of suffering that would immediately bring people closer to the suffering person. And this helped both the person and a larger community to thrive.

Perhaps, sadness generated the unity that we needed to survive but many have wondered whether the suffering experienced by others is anything like the painful suffering we have experienced. The poet Emily Dickinson wrote that, “ I measure every grief I meet with narrow, probing eyes. I wonder if it weighs like mine or has an easier size.” It is important to understand at this point that sadness/suffering is a relative term and it is mostly viewed by different people to be of different weights. But this also means that it does not really give anyone in particular the right to discern someone else’s suffering just because they think the latter’s sadness is downright menial compared to theirs. Every person has a different capacity and it is important to respect that.

Nowadays, some contemporary thinkers aren’t interested in sadness’s subjectivity but would rather eliminate sadness from the world altogether. This sort of a world is possible by genetic engineering. But isn’t there something sad about a world without sadness. Most of our cavemen ancestors and favourite poets wouldn’t want to be part of such a world.

In fact the only things about sadness that seems to be universally agreed upon is thatthey are felt by most people throughout time and that for thousands of years, one of the best way we have to deal with this difficult emotion is to express it.

In the words of Emily Dickinson,

“ Hope is the thing with feathers, that perches in the soul. And sings the tune without the words and never stops at all.”